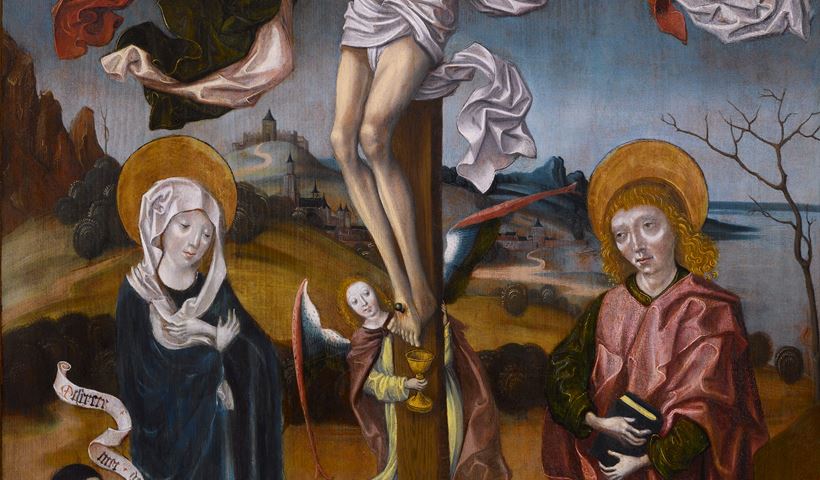 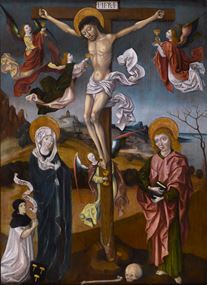 Martin Schongauer was a German painter and engraver who worked in Colmar, where his greatest painting, Madonna in the Rose Garden, is still preserved. His fame has resided in his engravings, however, which he always signed with his initials, and which spread his influence across Europe. It was to Schongauer's studio that the young Dürer travelled in 1492 only to find the master deceased. His work reflects the influence of Rogier van der Weyden, and other Flemish painters, but with a typically Germanic and Gothic engrossment with line, also found in his pen drawings. His subjects are principally religious, and often composed with deceptive simplicity, as in the Madonna and Child in a Courtyard, but he also engraved ornament with virtuoso flourishes of line, and his large still life of the Censer is one of his best works. His engravings were probably printed in large numbers, and posthumous impressions are known, but good early examples are surprisingly scarce. 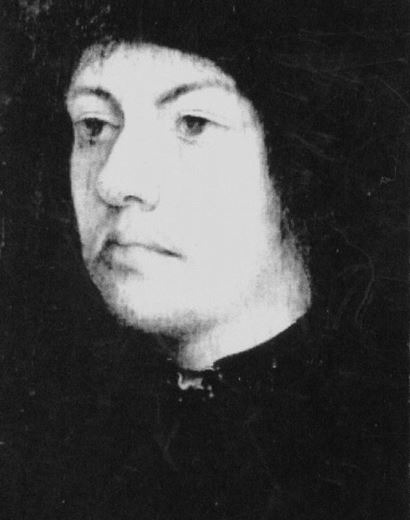