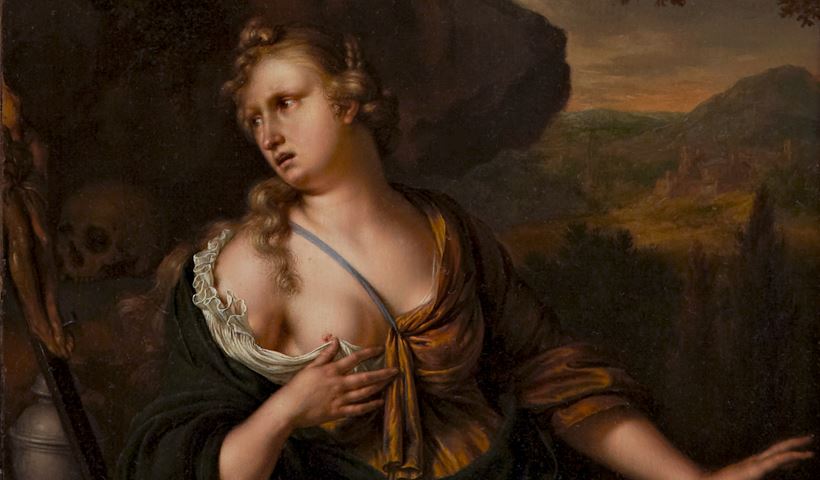 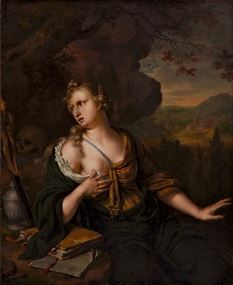 Willem van Mieris spent his life working in Leiden where he was trained by his father Frans van Mieris (1635-1681) one of the most important of the Leiden ‘fine painters’ (Leidse fijnschilders) alongside Gerrit Dou (1613-1675). Willem probably contributed to several of his father’s later works. The influence of his father’s oeuvre cannot be underestimated as the young Mieris followed the technique and subject matter of his father’s later paintings, which display the same enamel-like smoothness, harsh reflections of light and an emphatic display of virtuosity in the rendering of detail and figures.

The Leiden ‘fine painters’ - principally active in the seventeenth century - produced small-scale, mostly genre scenes full of minute detail executed in a highly polished manner. Such was the acute attention to detail in these works that the general reaction was of amazement at the virtuosity and perfection they could produce with paint.

Unlike his father, however, Willem also explored history painting, including religious scenes, subjects from Classical and Renaissance literature and pastoral themes. His female figures are frequently nude and the poses were often taken from prints of classical sculpture in the pattern books circulating at the time.

Van Mieris was additionally a skilled portraitist, landscape painter and draughtsman and his dated works go up to the 1730s. He became a member of the Leiden Guild of St. Luke in 1693, acting several times as headman and once as dean. Furthermore, around 1694, together with the painters Jacob Toorenvliet (c.1635-1719) and Carel de Moor (1655-1738), he founded a drawing academy in Leiden, which he and Moor directed until 1736, by which time Van Mieris had become partially blind.

During his lifetime Mieris’ works were highly prized and he had several notable patrons. He also sold works to the Dresden gallery of Augustus the Strong, Elector of Saxony and King of Poland (1694-1733).