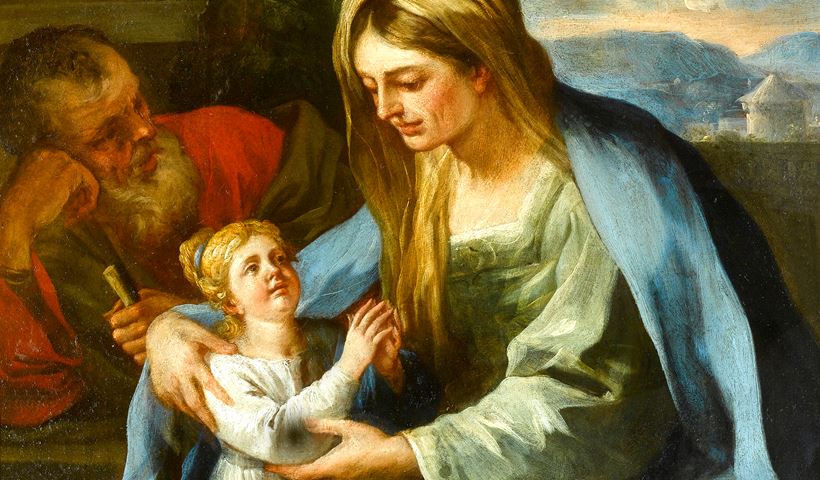 St. Anne and the Virgin 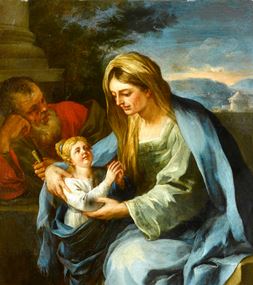 St. Anne and the Virgin

Solimena was an Italian painter who dominated the artistic life of Naples and introduced a more classical style in the wake of Giordano's exuberant Baroque manner. Son of an artist, Angelo Solimena (1629–1716), he was trained by the academic painter Francesco di Maria (d. 1670). His early career blossomed in his work at S. Paolo Maggiore, Naples, where he decorated the sacristy: Virtues on the vault and two large frescoes of the Conversion of Saul and the Fall of Simon Magus on the walls (1689–80). Although boldly executed and brightly coloured in the manner of Giordano they show a far more academic approach to design and dramatic narrative. His Miracle of S. John of God for the Ospedale di S. Maria della Pace, Naples, reflects Solimena's response to Preti's expressive chiaroscuro. Yet the general direction of Solimena's work during the 1690s was towards a more classical preoccupation with clarity of design and expressive gesture. These concerns were further stimulated by a visit to Rome c.1701 and are reflected in the Abduction of Oreithyia (Rome, Galleria Spada). His most monumental achievement in the classical style was the crowded but lucid composition for the Expulsion of Heliodorus in the church of Il Gesù Nuovo, Naples, of 1725, although it was criticized by de Dominici for its lack of unity and dramatic force. In his later years, Solimena was patronized by Charles III, the Bourbon ruler of Naples and later King of Spain. He was also much in demand for rather grandiloquent portraits of the nobility; none of these however match the commanding presence of his own Self-Portrait (1729–30; Naples, Museo Nazionale di S. Martino) 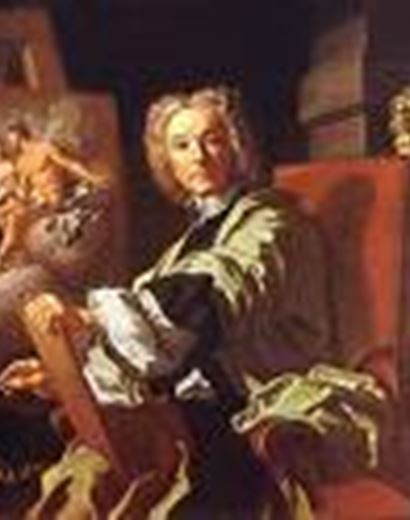