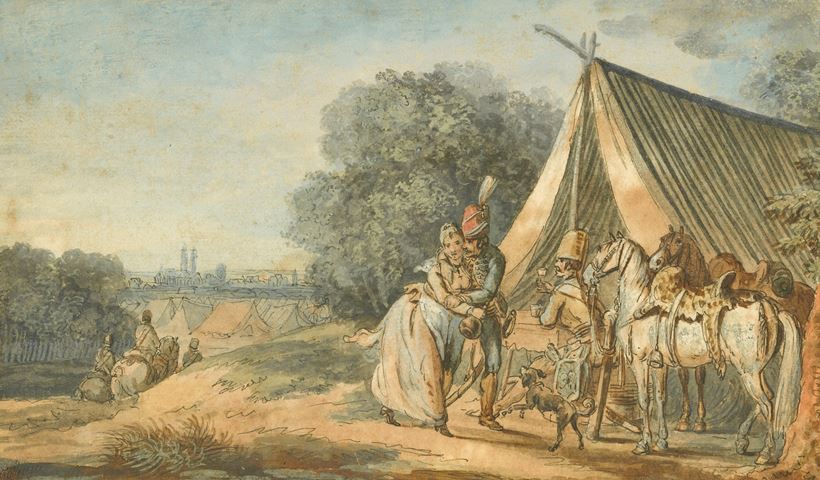 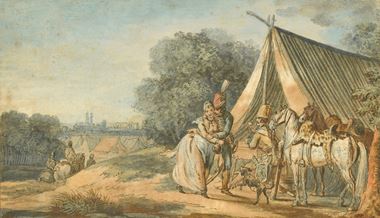 Louis-Joseph Watteau, also known as Watteau of Lille, was the nephew of Antoine Watteau. He trained in Paris with Jacques Dumont, and at the Académie Royale, where in 1751 he was awarded first prize for painting. In 1755 he settled in Lille; there he became assistant teacher at the school of drawing, but was dismissed, because of what was considered a scandalous innovation, the introduction of study of the nude, as in Paris. He then returned to Valenciennes for some 15 years; around 1770 he became assistant teacher to Louis-Jean Guéret, director of the school of drawing in Lille, whom he succeeded in the post in 1778. On Watteau’s initiative, an annual Salon, at which he himself exhibited regularly, was established in Lille in 1773. In 1795 he was chosen to draw up an inventory of works of art seized during the French Revolution from religious foundations and the houses of émigrés, with a view to establishing a museum.

Louis Watteau was chiefly a genre painter in the 18th-century tradition; he concentrated on pastoral scenes such as the cycle Four Hours of the Day (1771; Valenciennes, Musee Beaux-Arts) and the Wafer Seller and The Fiddler (both Lille, Musee Beaux-Arts), and also on landscapes such as View of Lille from Dieu de Marcq (Lille, Musee Beaux-Arts). He was, however, equally competent at religious painting (examples, Lille, St Maurice and Avesnes-sur-Helpe, St Nicolas), and in depicting current events such as Monsieur Blanchard’s Fourteenth Aerostatics Experiment at Lille (1785; Lille) and the Proclamation in the Ruins of Lille (1793; Lille, Musee Beaux-Arts). Watteau was a prolific draughtsman and an observant painter, whose works show Flemish, rather than Parisian influence, in the warmth of their colouring and their picturesque touches.