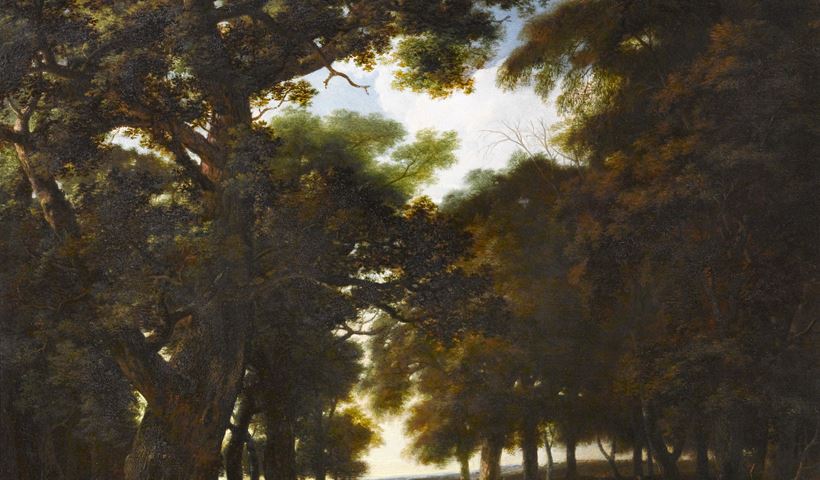 A Wooded Landscape with a Flock of Sheep on a Track 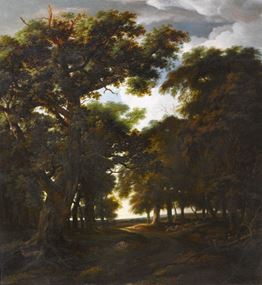 A Wooded Landscape with a Flock of Sheep on a Track

Simon de Vlieger was a Dutch painter, mainly important for his marine pieces. He was versatile, and won important public commissions in his birthplace, Rotterdam, and in Delft and Amsterdam, for jobs such as painting organ shutters and designing stained-glass windows; he also did landscape paintings and etchings. Initially influenced by Vroom, in the 1630s he adopted the limited, grey palette of Porcellis, and went on to explore atmospheric effects in a much wider range of silvery tones; such mature works as Beach Scene (1643; The Hague, Mauritshuis) render the evocative play of light against a vast expanse of cloudy sky and sea. He painted beach scenes, storms, rocky coastlines, calms, and parade subjects, in which a variety of vessels is shown, often by the device of depicting the arrival of anonymous dignitaries. He had a strong influence on the next generation of marine artists: van de Cappelle had a huge collection of his drawings and paintings, and van de Velde the younger was his pupil.