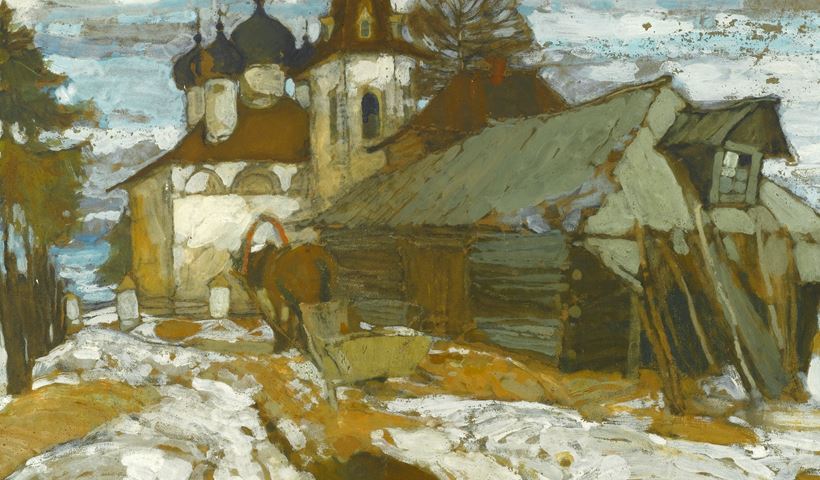 Russian Village in the Winter 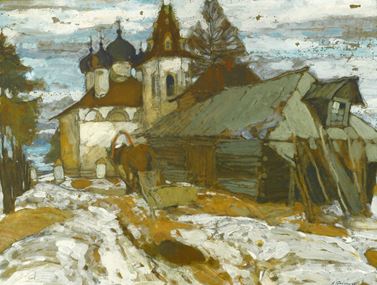 Russian Village in the Winter

Aleksey Kravchenko was a Russian illustrator, draughtsman and printmaker. He studied at the Moscow School of Painting, Sculpture and Architecture (1904–5 and 1907–10) under Sergey Ivanov, Abram Arkhipov, Konstantin Korovin and Valentin Serov, and at Simon Holosy’s art school in Munich (1903). He was a member of the Four Arts Society of Artists from 1925. He originally worked in Saratov (1918–21) as a stage designer, poster artist and designer of monumental propaganda stagings, after which he moved to Moscow and concentrated on book illustration and graphic art.

Kravchenko’s style can be described as Neo-romantic grotesque, impressive in its dynamics, intricate contrasts and spirited pictorialism. He was therefore most successful with illustrations of Romantic writers (e.g. Nikolay Gogol’, E. T. A. Hoffmann, Victor Hugo and Stefan Zweig). He preferred wood-engraving, using which he created his most successful illustrations, for Gogol’s Portret (‘Portrait’, 1929) and for Hoffmann’s Meister Floh (1929), among others. In addition he used drawing, linocut and etching. Kravchenko also produced notable cycles of non-illustrative works, for example the lyrical, intimate series Italy (mixed media, 1925–6) and Paris (India ink and pencil, 1926; both in Moscow, Tret’yakov Gallery).

Collections
Kravchenko is represented in the Tret’yakov Gallery, Moscow, amongst other collections. 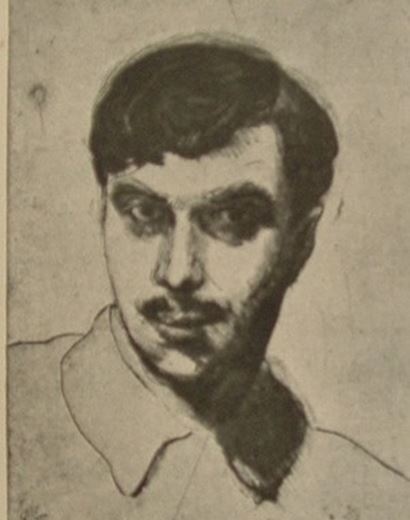