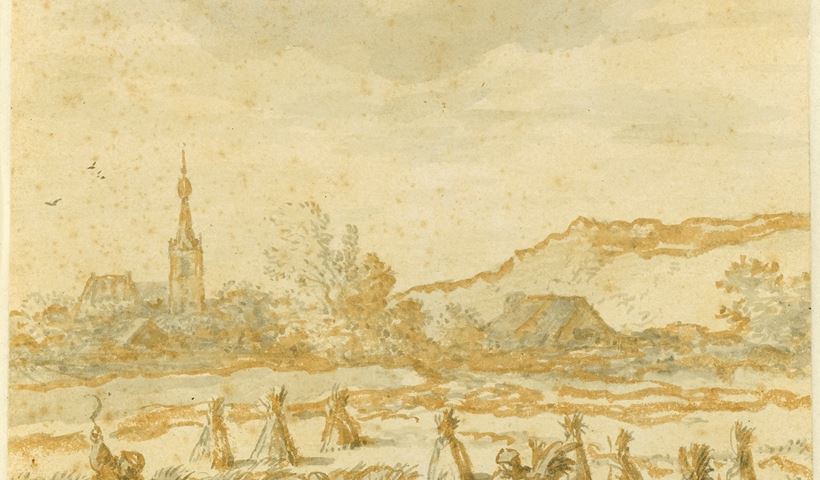 Month of August (Virgo): The Harvest

Month of August (Virgo): The Harvest

Allaert van Everdingen was a painter, draughtsman, etcher and dealer and the brother of Caesar van Everdingen. According to Houbraken, Allaert was the pupil of Roelandt Savery in Utrecht and Pieter de Molyn in Haarlem; both painters certainly influenced his work. In 1644 Allaert travelled to Norway and Sweden, a trip that was to have profound consequences on his art; his annotated sketches document visits to the south-east Norwegian coast and to Bohusland and the Göteborg area in western Sweden. He returned to the Netherlands by 21 Feb 1645, when he married Janneke Cornelisdr Brouwers in Haarlem. He became a member of the Reformed Church in Haarlem on 13 Oct 1645, joined the Haarlem Guild of St Luke in 1646 and, along with his brother Caesar, enlisted in the Haarlem Civic Guard of St George in 1648. From 1646 to 1651 four of Allaert’s children, a son and three daughters, were baptized in Haarlem; four additional children were born later in Amsterdam. In 1652 he moved to Amsterdam and on 10 April 1657 became a citizen. A visit he made about 1660 to the Ardennes in the southern Netherlands is documented by his painting View of Montjardin Castle (The Hague, Mauritshuis) and by his drawings and etchings of Spa and its surroundings. The artist probably forwent a return trip to Sweden in order to execute the commissions he received from the Trip family in the 1660s to paint the four overdoors decorating the Trippenhuis in Amsterdam (in situ), as well as the large Cannon Foundry of Julitabroeck, Södermanland (Amsterdam, Rijksmuseum). In 1661 van Everdingen joined Jacob van Ruisdael and Willem Kalf to judge the authenticity of a seascape by Jan Porcellis; Meindert Hobbema served as a witness to the proceedings. The sale of his widow’s estate on 16 April 1709 suggests that the artist, like many of his colleagues, had a second profession as an art dealer; the sale catalogue lists works by Raphael, Giorgione, Annibale Carracci, Titian, Veronese, Holbein, Savery, Porcellis, Hals and Rembrandt. The master’s only known pupil was the seascape painter Ludolf Bakhuizen.

Allaert’s earliest dated painting, Rough Sea (1640; untraced), establishes his beginnings as a marine painter in the tradition of Jan Porcellis. Although his production of seascapes was small (19 are known) and occurred early in his career, his contribution to the genre was notable. His monochrome paintings emphasized the dramatic aspect of heaving waves and darkened sky, both at open sea, as in the small Stormy Sea (Leipzig, Museum für Bildende Kunst), and in topographical views, such as the Stormy View of Flushing (St Petersburg, Hermitage). The impact of his naturalistic marine paintings on van Ruisdael’s seascapes is especially significant.
In 1644, the year of his trip north, van Everdingen painted a Dutch dunescape in the style of his second teacher, de Molijn (1644; untraced; with the dealer A. van der Meer, 1964). The earliest known date on a Nordic landscape is 1646 (sold, Stockholm, 1981; untraced). The influence of Savery’s Tyrolean views on van Everdingen’s Scandinavian landscapes is clear in his next dated works, the four majestic mountain views of 1647, exemplified by the Mountain Landscape with a River Valley (Copenhagen, Statens Museum for Kunst). By 1648 van Everdingen had introduced his countrymen to his full repertory of Nordic motifs—mountain views, rock and water scenes, and waterfalls. He continued to paint rocky terrains, fir trees, cascades, water-mills and blockhouses for the remainder of his career.

His early Nordic works are characterized by a Flemish landscape colour scheme (soon followed by a monochromatic grey-brown), by delicate touches of thinly applied paint and by the diagonal organization of overlapping light and dark planes (possibly indebted to Hercules Segers) in a horizontal format. The Haarlem painter Cornelis Vroom probably inspired his silhouettes of dark trees against a light sky. One dated Waterfall (1648; private collction, on loan to Hannover, Niedersächsisches Landesmuseum) has a vertical design, which became the artist’s preferred and most influential composition type. His early upright waterfalls, best represented by the Scandinavian Waterfall with a Water-mill (1650; Munich, Alte Pinacothek), had a formative effect on Jacob van Ruisdael, who started painting the subject shortly after his own move to Amsterdam c. 1657. The Swedish Scenery (1655; Amsterdam, Rijksmuseum) shows van Everdingen’s next shift to a more decorative style relying on fluid brushwork and a lighter palette; his occasional collaborator Nicolaes Berchem probably added the staffage. The overwhelming majority of van Everdingen’s paintings after 1660 were waterfalls, some pastel in colour and others predominantly brown, with the paint applied broadly in large zones. The Scandinavian Landscape (1670; Rouen, Musée des Beaux-Arts) reveals the artist’s working methods, as it exactly repeats the composition of a sketch he executed 26 years earlier during his visit to the waterfall at Mölndal (Mölndal, Gunnebo). Van Everdingen also painted topographical Dutch landscapes, such as the View of Zuylen Castle in Winter (Haarzuilens, Kasteel de Haar) but this is an exceptional case (9 examples are known).

Allaert was a talented and prolific draughtsman; over 500 Scandinavian and Netherlandish landscape drawings by him are found in European public collections. At least seven sets of drawings of the Twelve Months are known. The artist’s reputation as an innovative printmaker rests largely on his experiments with mezzotint. His 166 catalogued etchings include a set of illustrations for the fable Reynard the Fox (drawings, London, British Museum) and landscapes exclusively devoted to Nordic subjects.

Besides van Ruisdael, Allaert van Everdingen’s waterfalls influenced Jan van Kessel, Roeland Roghman, Pieter de Molijn and the 19th-century Norwegian painter J. C. Dahl. In his own day they were appraised at relatively high values. Although his prices and regard fell in the 18th century, when Dutch Italianate landscapes were favoured, by the end of that century his drawings and watercolours were highly prized, and van Everdingen was singled out for praise by Goethe in 1784 and enjoyed a revival of interest by 1820. 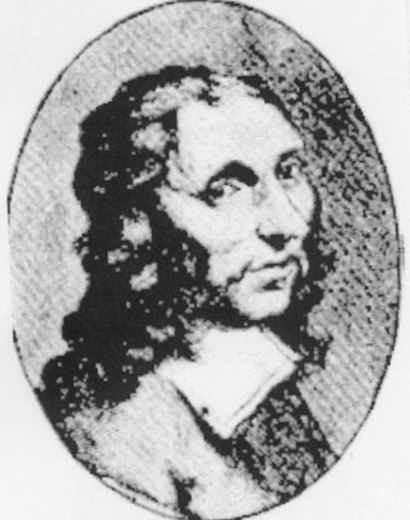