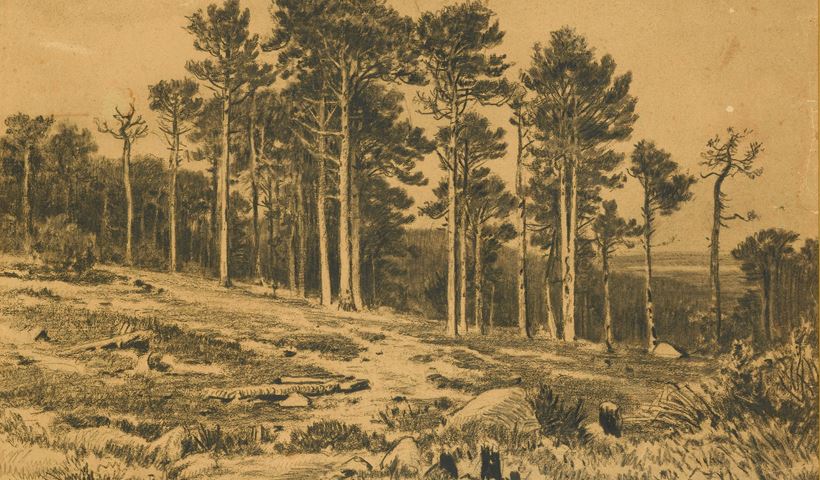 Edge of a Pine Forest 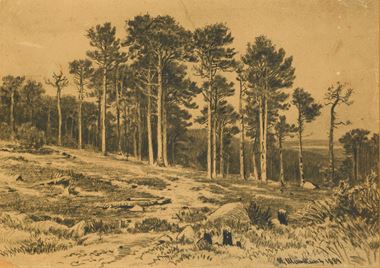 Edge of a Pine Forest

Born in Elabuga in 1832, Ivan Ivanovich Shishkin spent his childhood amidst the forests and majestic rivers of the Ural and Volga regions and his love for these places remained with him throughout his life. He studied at the Moscow School of Painting, Sculpture and Architecture (1852–1856) and at the Academy of Arts (1856–1860). Having been awarded the Academy’s Great Gold Medal, the artist received the right to travel abroad, and in 1864–1865 continued his education at the Düsseldorf Academy of Arts. His mature creative work is similar to the Düsseldorf School of landscape painting.

For some time, Shishkin lived and worked in Switzerland and Germany on the scholarship from the St. Petersburg Imperial Academy of Arts. On his return to Saint Petersburg, he became a member of the Circle of the Itinerants and of the Society of Russian Watercolourists. Shishkin contributed to the artistic development of F.A. Vasiliev, and G.I. Gurkin was one if his students. Shishkin’s etchings, which he worked on his entire life, became an important part of his artistic legacy. In 1871, the artist founded the Society of Russian Etchers. He also took part in exhibitions at the Academy of Arts, the All Russian Exhibition in Moscow (1882), the Nizhniy Novgorod (1896), and the World Fairs (Paris, 1867 and 1878, and Vienna,1873). Shishkin's painting method was based on analytical studies of nature. He became famous for his forest landscapes, and was also an outstanding draftsman and a printmaker.

Ivan Shishkin owned a dacha in Vyra, south of St. Petersburg. There he painted some of his finest landscapes. His works are notable for poetic depiction of seasons in the woods, wild nature, animals and birds.

A minor planet 3558 Shishkin, discovered by Soviet astronomer Lyudmila Zhuravlyova in 1978 is named after him. 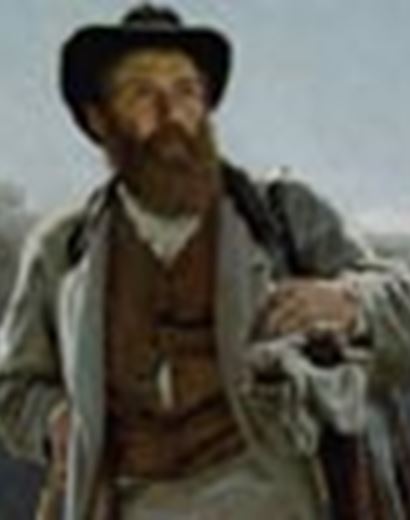