Seen here in Sir Anthony van Dyck's portrait of c. 1620, in the Frick Collection, New York, Frans Snyders the progenitor of Flemish Baroque still-life and animal painting. He worked intensively for about 50 years, producing an enormous body of works, of which more than 300 paintings survive, along with some oil sketches and about 100 drawings. Through his own paintings and his collaboration with Rubens and other artists, his influence was considerable.

His father, Jan Snyders, was the keeper of a well-known Antwerp inn favoured by artists. In 1593 Frans became apprenticed to Pieter Brueghel II. According to the inscription on Snyders’s portrait, engraved by Jacques Neefs (Hollstein: Dut. & Flem., 6th edn, xiv, p. 28, no. 290), he was also a pupil of Hendrick van Balen. Snyders specialized in still-life and animal painting and became a master of the Antwerp painters’ guild in 1602. His earliest known work, Still-life with Game, Birds, Fruit and Vegetables (1603; ex-Gal. Willems, Brussels, 1956, see Greindl, 1983, p. 287), almost seems to be cut out from a large kitchen-piece by Pieter Aertsen or Joachim Beuckelaar, and the Kitchen Maid (c. 1604–7; Bucharest, N. Mus. A.), with its subject of Christ at Emmaus in the background, follows these painters’ practice of placing a narrative scene in the background of a prominent still-life display.

In spring 1608 Snyders went to Rome, moving that winter to Milan, where, on the strength of letters of recommendation sent by his friend Jan Breughel I, he was supported by Cardinal Federico Borromeo. He left Milan in April 1609 and was back in Antwerp before 4 July. From c. 1610 he was employed by Rubens, whose modello of the Recognition of Philopoemen (Paris, Louvre) was the basis of a large, collaborative work (Madrid, Prado), which has been considered the first Baroque still-life with figures. On 23 October 1611 Snyders married Margaretha de Vos, sister of the painters Cornelis and Paul de Vos.

Snyders initiated a remarkable variety of new still-life and animal subjects in Antwerp. In large market scenes and pictures of pantries with dealers, pages and servants, he forsook the religious contexts used by Aertsen and Beuckelaar, but retained, at least in many paintings made before 1614, the Mannerist vista and depth of background, as in the Fish Stall (c. 1613; Moscow, Pushkin Mus. F.A.) or the Still-life with Poultry (1614; Cologne, Wallraf-Richartz-Mus.). His masterly handling of a profusion of different objects to produce a decorative and rhythmical composition and his growing skill as a colourist were surely influenced by impressions gained in Italy and, more particularly, by the work of Rubens.

Snyders’s individual work of this period consists of cleverly composed pantry scenes, featuring figures of pages in half-length (e.g. Brussels, Mus. A. Anc.; Munich, Alte Pin.), and game still-lifes, usually with a dead deer in the centre (e.g. Brussels, Mus. A. Anc.). He also produced smaller works: breakfast-pieces and still-lifes of the type that had originated in the northern Netherlands c. 1600. In these, too, he was innovative, rejecting the straightforwardly descriptive manner of Osias Beert I and his circle and combining the objects in well-arranged groups to form a geometrically structured composition. His favourite motifs were dead hares and birds, tazze (shallow dishes on a tall foot), baskets with grapes and other fruit, enamelled pitchers and Chinese porcelain of the Wanli reign (1573–1620) of the Ming dynasty. Until c. 1614 the still-lifes are set in dark surroundings (e.g. Still-life with a Hare, Birds, Fruit and Vegetables, Kassel, Schloss Wilhelmshöhe), but thereafter, under the influence of Rubens, Snyders brightened his palette to give his compositions greater splendour and material intensity, as in the Still-life with Small Game and Fruits (c. 1616). Snyders’s representational skill was formidable, but his still-lifes also carry symbolic messages: the depiction of grapes next to dead birds probably had a eucharistic meaning, especially in his early works (e.g. Still-life with a Basket of Grapes, Birds and a Dish of Strawberries, c. 1612; Düsseldorf, Kstmus.). He also included living animals in his still-lifes, and these also have a symbolic function, quite apart from the dramatic effect of contrasting them with dead animals (e.g. Basket of Grapes with Parrot and Cat, 1616; Zurich, Ksthaus).

Snyders’s collaboration with Rubens became more active c. 1615. About that time he painted the fruit and dead game in such well-known works as Diana and the Nymphs Sleeping (c. 1615–17; London, Kensington Pal., Royal Col.) and Diana Returning from the Hunt (c. 1615; Dresden, Gemäldegal. Alte Meister). He painted the garland for Putti with a Garland of Fruit (c. 1615–17; Munich, Alte Pin.), which, together with the exalted example set him in this genre by Jan Breughel I, inspired him later on to produce his own splendid Garland of Fruit (e.g. Philadelphia, PA, Mus. A.).

After 1610 Snyders turned increasingly to hunting scenes and other subjects involving living animals, an early example being the eagle in Rubens’s Prometheus Bound (c. 1611; Philadelphia, PA, Mus. A.). However, Rubens seems to have preferred Snyders’s ability to represent fruit and dead animals, as he did not engage him for his profane hunting scenes of the 1610s. Snyders’s early paintings of boar hunts (e.g. Prague, N.G., Kinsky Pal.; Rome, Pal. Barberini) do indeed suffer from a slight stiffness, but it was not long before he developed greater freedom and vitality of style. His most characteristic subjects involving live animals are fables, such as Bird-catching, The Cock and the Diamond (both Aachen, Suermondt-Ludwig-Mus.) and the Cock Fight (1615; Berlin, Gemäldegal.).

In 1619 Snyders joined the Antwerp painters’ guild, of which he later (1628) served as Dean. He was by then a rich man, able in 1622 to buy a house in Keizerstraat and eventually to acquire other properties, which provided rental income. His compositions of this period became more exuberant, celebrating the abundance of nature, as in the Fish Market (e.g. St Petersburg, Hermitage; Paris, Louvre), which was also an accurate depiction of the Antwerp market. Antoine Triest (1576–1657), Bishop of Bruges from 1616 to 1621, commissioned the famous Four Markets (c. 1615–17; St Petersburg, Hermitage), which probably illustrates proverbial sayings. The many kitchen-pieces Snyders produced (e.g. Pantry with Cook and Maid, Bitch and her Young, Dresden, Gemäldegal. Alte Meister) also often contained moralizing or erotic messages. His hunting scenes of the 1620s display a splendid verve and harmony of composition (e.g. Stag Hunt, Brussels, Mus. A. Anc.).

Around 1630 Snyders’s style achieved a new freedom. His colours gained in splendour and atmospheric effect and his brushwork became softer and more fluid, although the objects he portrayed lost none of their characteristic solidity and tangibility. He lightened the densely composed masses of objects and came to prefer overlapping curves to geometrical lines in structuring his compositions, as for example in the Fruit Loft with a Woman and Parrot (c. 1630; Madrid, Prado) and the Still-life with Game and Fruit<.i> (c. 1635; Cologne, Wallraf-Richartz-Mus.).

From 1636 Snyders provided 60 hunting scenes and animal pieces for the extensive commissions Rubens undertook for King Philip IV of Spain to decorate his hunting-lodge, the Torre de la Parada, and the Palacio Real in Madrid. There was a further commission, dated 22 June 1639, requiring Rubens and Snyders to produce 18 paintings, but of these few survive (e.g. Diana and Nymphs Attacked by Satyrs, Madrid, Prado), though there are preparatory oil sketches by Rubens (e.g. the Death of Sylvia’s Stag, Philadelphia, PA, Mus. A.) and copies (e.g. the Death of Actaeon, Nîmes, Mus. B.-A.). It was Paul de Vos who actually executed the animal scenes for the Torre de la Parada. Other hunting scenes and fable subjects by Snyders (Madrid, Prado), probably also intended for the Palacio Real, demonstrate an increasing skill at creating atmospheric effects, although their execution is somewhat careless, no doubt due to the speed with which these paintings needed to be produced. Nonetheless, these commissions must have further stimulated Snyders’s interest in animal painting.

The hunting scenes Snyders produced after 1640 are more vivacious than his earlier ones and distinguished by their success in integrating animals and landscape through the use of tonal harmony (e.g. Boar Hunt, 1653). However, many of the hunting scenes and other paintings of live animals formerly ascribed to Snyders (e.g. fighting dogs and cats in the kitchen, or shameless apes stealing fruit) are now recognized as the work of his brother-in-law Paul de Vos, whose style is more spontaneous and dramatic than his master’s, with broader and lighter brushwork but never the degree of harmony and balance achieved by Snyders. Snyders’s own versions of these animal studies, a category so successfully popularized by his followers, are often distinguished by the addition of still-life motifs, as in Dogs and Cat in the Kitchen (Madrid, Prado) or Apes Stealing Fruit (Paris, Louvre).

In the years after 1640 Snyders inclined to greater refinement in his compositions and greater economy in the choice of objects. Even the large kitchen scenes (e.g. Moscow, Pushkin Mus. F.A., and Dresden, Gemäldegal. Alte Meister) show a new elegance and delicacy. His smaller paintings recall the distinctive Dutch still-lifes that he must have admired during visits he is supposed to have made to Holland in 1641 and 1642 in company with other Flemish artists. The signature, date and inscription on the Still-life with Birds, Oysters and Fruits (sale Gal. Le Roy, Brussels, 27 April 1903, no. 87), F. SNYDERS FECIT IN BREDA AO 1646, attests to a further visit. His last works (e.g. Bowl of Fruit, Silver Plate and Pitcher, Antwerp, Kon. Mus. S. Kst.; Basket of Grapes, Porcelain and Birds, Vaduz, Samml. Liechtenstein), in which he set his still-life elements in a landscape background, reflect the spirit of the time: a refinement of taste, an arcadian mood and evidence of the Italianate influence that was so prominent in the work of his pupil Jan Fyt.

Snyders, characterized as a sensitive and distinguished gentleman in a splendid portrait by the young van Dyck (c. 1619–20; New York, Frick, with a pendant of his wife) collaborated most notably with Rubens but also with Cornelis de Vos, Abraham Janssen and, more sporadically, with Jordaens, Jan Boeckhorst, Erasmus Quellinus II, Thomas Willeboirts Bosschaert (1614–54) and Theodor van Thulden. The landscape painter Jan Wildens contributed to some of his hunting scenes and animal pieces. Van Dyck worked with him on the Boar Hunt (c. 1618–20; Dresden, Gemäldegal, Alte Meister) and the Calling of St Matthew (formerly known as the Fish Market, c. 1620; Vienna, Ksthist. Mus.). Some of the assumptions commonly made about his collaboration seem questionable, for instance that all the figures in his kitchen scenes were executed by others. His partnership with Boeckhorst was probably less extensive than has been thought, whereas his joint work with Janssen and Jordaens needs fuller acknowledgement.

Judging from the contemporary copies made of his large paintings, Snyders must have run a sizeable workshop. Although only three apprentices are named in the guild lists (Melchior Weldenck, 1609; Henri Joris, 1616; and Nicasius Bernaerts, 1633), there most certainly were others, including his brother-in-law Paul de Vos, who followed his style in still-lifes and hunting scenes, and Jan Fyt, who is known to have continued working with Snyders even after he became an independent master in 1629. 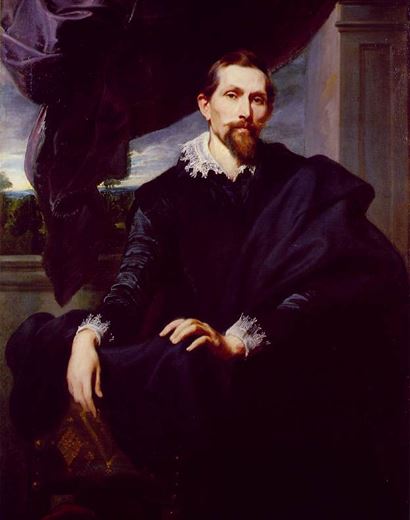