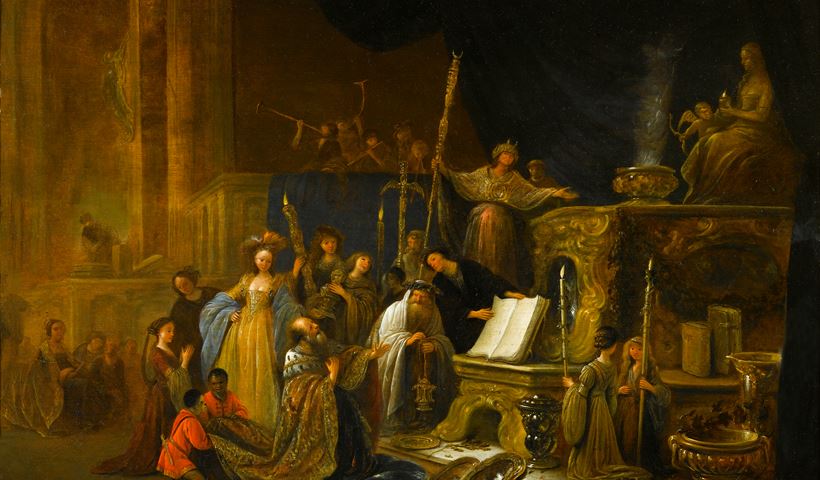 The Idolatry of Solomon 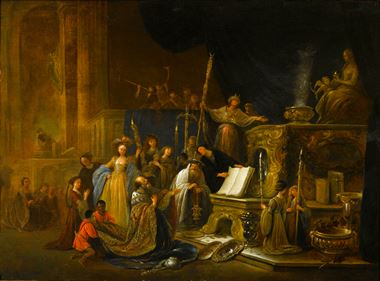 The Idolatry of Solomon

De Wet’s works are predominantly of biblical and mythological subjects, and his early painting, the Raising of Lazarus (1633; Darmstadt, Hessisches Landesmuseum), is close to the work of Jan Pynas and Pieter Lastman. Another painting of the same subject, executed in 1634, is much closer to Rembrandt’s work of the early 1630s, and the pronounced emotional content and strong chiaroscuro in much of his work may indicate that he was a pupil of Rembrandt. His later work places a greater emphasis on the landscape backgrounds, often relegating the figures to an almost incidental role, with a use of colour closer to Cuyp’s idyllic scenes (e.g. Landscape with a Ferry, London, National Gallery).

A number of drawings by de Wet exist, including his sketchbook (c. 1636; Haarlem, Gemeentarchf, MS. Hs 230), which is predominantly pre-Rembrandtesque in style. The sketchbook also notes his pupils, who included Paulus Potter (1642) and his own son. Jacob de Wet the younger worked in Edinburgh and copied a series of paintings depicting the Kings of Scotland (Edinburgh, Holyroodhouse, Royal Collection), as well as executing some of the decorative work in Holyroodhouse.