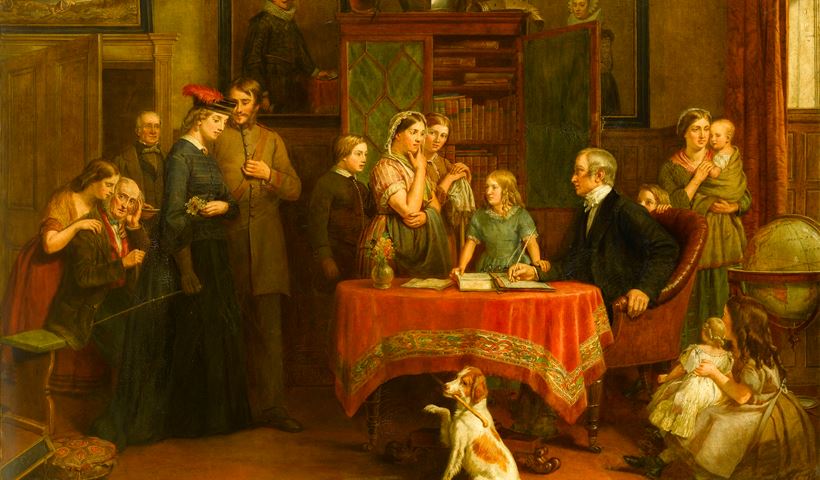 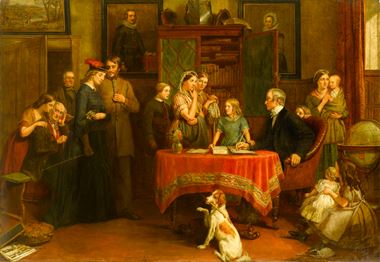 Charles Landseer was the brother of Thomas Landseer. He trained initially with his father John Landseer, then under Benjamin Robert Haydon, and in 1816 he attended the Royal Academy Schools in London. In 1823 he accompanied Sir Charles Stuart de Rothesay (1779–1845) aboard HMS Wellesley on a voyage to Portugal and then to Brazil, in order to negotiate a commercial treaty with Pedro I, Emperor of Brazil (reg 1822–31). Many of the drawings he made on this trip were exhibited in 1828 at the British Institution, and in that year he sent his first painting to the Royal Academy. This was Dorothea, illustrating a scene from Cervantes’s Don Quixote. He continued to exhibit at the Academy until his death, showing mostly romanticized history paintings (e.g. the Plundering of Basing House, 1645, exh. Royal Academy 1836; London, Tate Gallery) or such literary subjects as Clarissa Harlowe in the Sponging House (exh. Royal Academy 1833; London, Tate Gallery), from Samuel Richardson’s novel Clarissa (London, 1748). The English Civil War (1642–51) was of particular interest to him, his devotion to such historical subjects perhaps being attributable to the influence of his years with Haydon. He also painted portraits, genre scenes and animal studies (e.g. Bloodhound and Pups, exh. RA 1839; London, Tate Gallery). In 1837 he was elected ARA and in 1845 RA. In 1851, probably due to the influence of his brother Edwin, he succeeded George Jones as Keeper of the Royal Academy Schools. Responsible for instructing the antique class, his tenure was criticized both for the way his position had been obtained and for the deficiency of his teaching, and he retired from the Keepership in 1873 on full salary. He bequeathed 10,000 guineas to the Royal Academy for the foundation of the Landseer Scholarships, the money coming largely from his inheritance from Edwin.