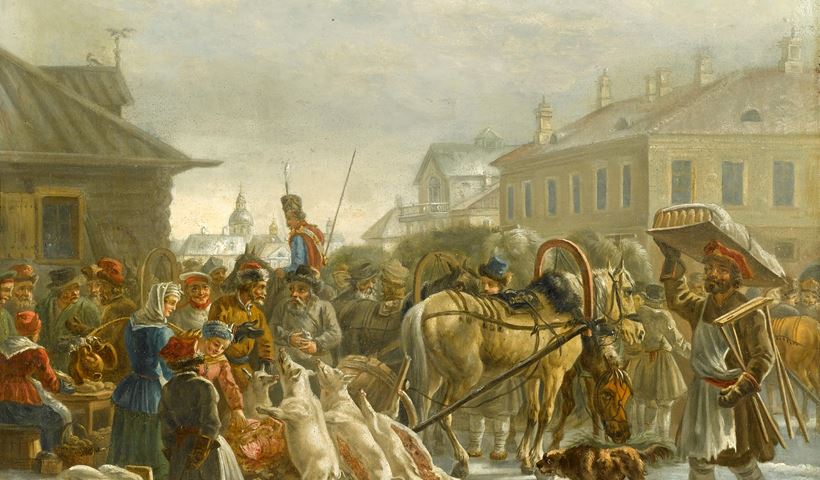 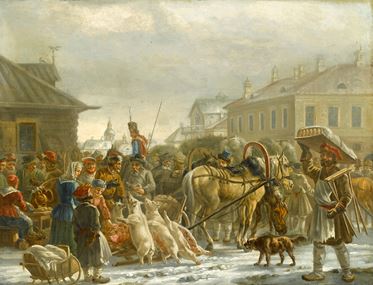 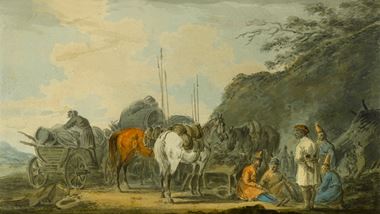 Orlovsky was a Russian painter, draughtsman and printmaker of Polish birth. He trained at the Warsaw studio of Jan Piotr Norblin de la Gourdaine and received support from Princess Isabella Czartoryska. He also studied under the Polish court painter Marcello Bacciarelli, the engraver Bartolomeo Follin and the Polish miniaturist Wincenty Fryderyck Lesseur (1745–1813). Until the turn of the century, Orlovsky’s career was marked by alternating periods of concentrated work and of travel abroad, often as a soldier or entertainer. Few works from this period survive. Orlovsky’s early paintings were timid and imitative; his drawings, however, are assured, elegant and amusing, suggesting the influence of Norblin’s combination of realism and imagination. From Norblin he also learnt a free treatment of the subject and a concern with artistic expression.

In 1799 Orlovsky served Prince Józef Poniatowski (1763–1813) as a caricaturist, and he subsequently travelled in Lithuania. In 1801 he produced a series of engravings showing the release of Tadeusz Kosciuszko. These drew Orlovsky to the attention of Tsar Alexander I (1777–1825), and in 1802 he went to St Petersburg.

In Russia Orlovsky was invited by Grand Duke Konstantin Pavlovich (1779–1831) to execute drawings of uniforms and military parades (engravings of these were published in 1808). This work prompted many other commissions. In St Petersburg he came to know members of the liberal aristocratic intelligentsia, frequented the celebrated circle of the historian Aleksey Nikolayevich Olenin (1763–1843) and lived for a time at Uspenskoye, the estate of the patron of the arts Aleksey Romanovich Tomilov. Orlovsky frequently sketched the streets of St Petersburg, many of his drawings being strong in social commentary. Most of his paintings from this time, however, were scenes of battle and army life, as well as Romantic subjects featuring brigands and shipwrecks.

In 1809 Orlovsky was awarded the title of Academician of Battle Painting of the St Petersburg Academy of Art for his picture Cossack Bivouac. He continued to produce striking drawings, most notably a series of interesting portraits, outstanding among which is a Self-portrait (c. 1809). Executed with bold distinctive strokes in sanguine and charcoal, the drawing’s appeal lies in its integrity and expressiveness. It sets the artist in opposition to an external environment that he will not accept, making a bold assertion of individuality.

During the war of 1812 against Napoleon, Orlovsky produced some remarkable drawings of leading military figures such as Denis Davydov. In these bravura gives way to observation and a sense of warmth of character. Orlovsky continued to treat themes taken from everyday life. His drawings of beggars, prisoners and the rural and urban poor, such as Peasant on a Wagon (1812), Train of Peasant Carts (1810) or Destitute Peasants by a Carriage (1815), are rare subjects in the art of the early 19th century.

Orlovsky was also one of the first Russian artists to take up lithography. He executed 40 lithographs for Gaspar Drouville’s book Voyage en Perse, pendant les annees 1812 et 1813 (1819), and in 1826 he produced two large volumes of Russian scenes, Russkiye al’bomy (Russian albums; St Petersburg), and also the volume Kollektsiya Orlovskogo (Orlovsky’s collection; St Petersburg). He also retained, to the end of his life, his high reputation as an inventive but gentle caricaturist. The Russian poet Aleksandr Pushkin greatly admired Orlovsky’s drawings, both for their skill and for the national character of their subjects. In 1819 Orlovsky was appointed draughtsman in the Topographical Department of the General Staff, and in this capacity he travelled widely through Russia, sketching scenes and individuals found to be representative of the common people. 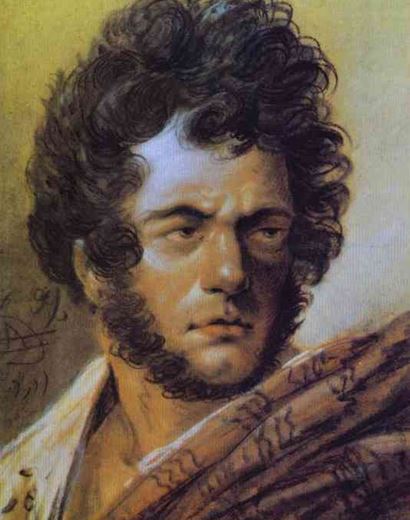