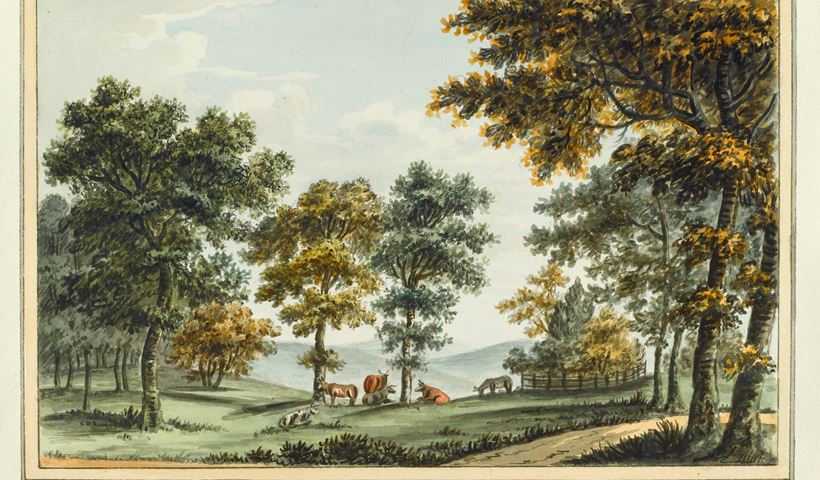 A Scene in the Garden at Brandsbury, Willesden 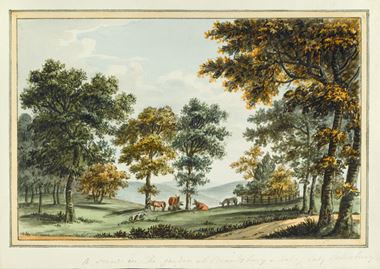 A Scene in the Garden at Brandsbury, Willesden

The eldest son of a tax collector, Repton attended Norwich Grammar School, concluding his schooling with three years in the Netherlands. He was then apprenticed to a Norwich textile merchant and, after his marriage to Mary Clarke in 1773, was established in business by his father. In 1778, following the death of his parents, he resolved to live as a gentleman farmer, moving to Sustead Old Hall, Norfolk. The landscape sketches he made around this time (Norwich, Castle Museum)—the first indication of where his future career lay—were engraved for M. J. Armstrong’s History and Antiquities of the County of Norfolk (1781). He became a friend of William Windham of Felbrigg, travelling to Ireland as his private secretary in 1783, and acted as election manager on Windham’s entry into Parliament in 1784. Windham’s agent, Nathaniel Kent, taught Repton estate management, and from another neighbour, Robert Marsham of Stratton Strawless, he learnt about arboriculture. He moved c. 1786 to a smaller cottage at Hare Street, Romford, Essex, where he was to spend the rest of his life.

In June 1788, five years after the death of ‘Capability’ Brown, Repton decided to combine his own various talents by becoming a landscape designer. He began to acquire technical knowledge, while using the political and social connections made earlier at Sustead to build up a list of clients. By 1792 he had been consulted in connection with about a hundred places, but the following year war with France broke out, and Repton’s commissions were halved, dropping from over twenty per year (1790–93) to under ten (1794–1802).

In 1789 Repton, consulted over Ferney Hall, Salop, asked the advice of Richard Payne Knight, whose Picturesque improvements at Downton, Hereford & Worcs, he admired. He was also introduced to Sir Uvedale Price of Foxley, Hereford & Worcs, whom he joined in a trip on the Wye in 1790 or 1791, but relations soon soured between Repton, defender of utility and convenience in garden design, and these two connoisseurs of Picturesque beauty. This exploded into the so-called ‘Picturesque Controversy’ in 1794 with Knight’s publication of The Landscape—satirical verses directed at Repton’s proposals for Tatton Park, Ches. Repton replied in Sketches and Hints on Landscape Gardening (1795). A printing delay meant that he also saw the publication of Price’s Essay on the Picturesque (1794), which he answered in a separately printed letter in July of that year. The debate swiftly became a popular topic of discussion, with both sides and their supporters continuing to publish sallies for the rest of the decade and beyond.

Repton’s professed aim was to be as renowned an architect as landscape gardener, but the extent of his unaided architectural work is difficult to assess, and he seems to have been in constant quest for the ideal architectural collaborator. Prior to Nash, his partner had been William Wilkins (1751–1815) of Norwich, who contributed to at least eight commissions between 1789 and 1793, and to whom he apprenticed his son John Adey Repton (1775–1860). However, it was not until Repton took John as his partner in 1800 that he found a really satisfactory relationship with an architect. John was an antiquarian and a Gothic Revivalist, and together they produced a number of significantly early designs in what they styled ‘Queen Elizabeth’s Gothic’.

Repton’s designs, like those by Brown, were derived from a Claudian ideal of ‘natural’ landscape; his departure from Brown’s style lies in a greater attention to low foreground planting, based on the study of native woodland, and in a more loosely formed type of plantation than the Brownian clump. With Repton, plantations of trees characteristically swept down from a hill or formed a dark background to the house. Unless the site was overlooked, he disliked an enclosing outer belt of trees, preferring to allow excursive views to beyond the park boundary. Ever the empiricist, he studied the characteristics of each site, wishing only to enhance each with a sympathetic design to suit the particular practical needs of the individual client. Thus convenience would be united with a modified Picturesque beauty. 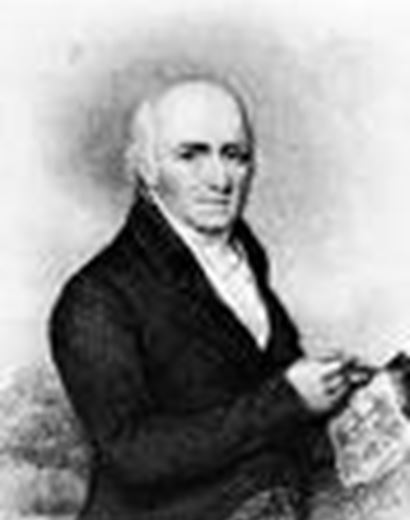