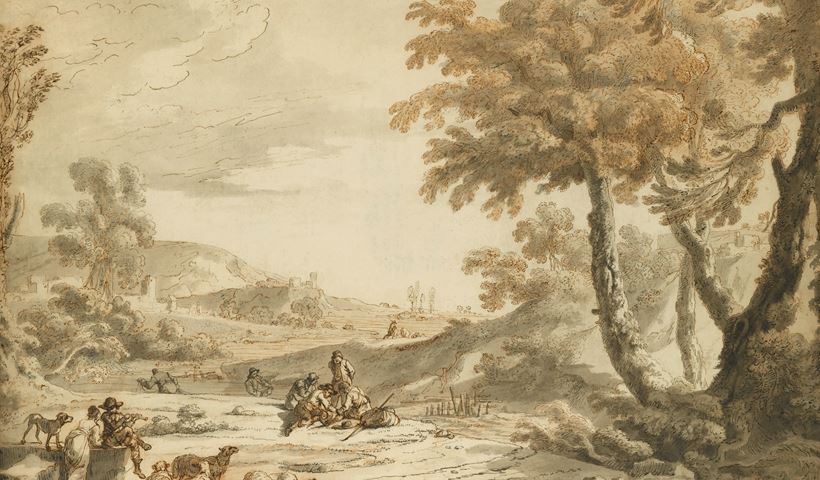 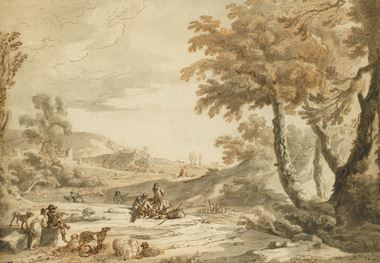 Antonio Zucchi, Giuseppe Carlo’s brother, was an Italian painter. He studied first with Francesco Fontebasso then with Jacopo Amigoni, who greatly influenced him. As his contemporaries noted, in his early works, for example Male Saints Surrounded by Female Franciscan Saints (untraced) he imitated Amigoni’s manner and hazy style of colouring. His Fourteen Stations of the Cross (1750; Venice, S Giobbe) also shows Amigoni’s influence as well as an awareness of Francesco Guardi’s innovations.

In 1756 Antonio was elected a member of the Accademia di Pittura e Scultora in Venice, and from the evidence of two canvases depicting angels (1759; ex-S Teonista, Treviso; destroyed, 1943 and known from photographs), which are probably fragments of a larger composition, he soon developed a more academic style that gave greater plasticity to his figures. He undertook several study trips, probably after 1759, in the company of Adam and Clérisseau, possibly to Dalmatia, certainly to Rome and Naples, where he would have gained a deeper knowledge of the Neo-classical style.

He settled in Rome, from where in 1766 he sent the altarpiece depicting the Incredulity of Thomas for the church of S Tomà, Venice (in situ). In the same year he went to London at the invitation of Adam, where he exhibited his work in 1771 and in 1773 painted five frescoes for Home House in London, designed by Adam. These rely for their effect on plasticity rather than colour, of which they have very little. Zucchi worked on the decoration of other large houses, in 1781 married Angelica Kauffman and in 1784 was elected a member of the Royal Academy. He and Angelica moved back to Rome, and thereafter Zucchi did little painting, dedicating himself instead to the administration of the considerable family fortune.